These are the current or past searches we have been involved in, or prepped for. Searches in ME, NH and VT by others can be found on THIS PAGE. <-- click there 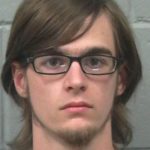 01/07/20 – Police in Veazie are looking for a 21-year old man who hasn’t been seen since New Year’s day. Ryan Lamontagne left his apartment without telling anyone where he was going, according to police. He’s 5’7″,weighs 145 pounds, has dark brown hair, wire-frame glasses and could be wearing a flat-brim hat. Anyone with information on his wherabouts is asked to call Veazie Police at 207-947-2358. 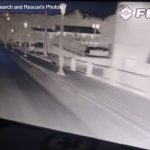 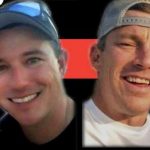 08/18/19 –  DEEMI Search and Rescue (southeastern and Orono divisions)  are assisting US Coast Guard and others in central Florida east coast area, for the overdue Port Canaveral boaters. Search is similar to the Austin/Perry search (ie drift patterns). Missing men are Justin Walker and Brian McCluney, both firefighters. 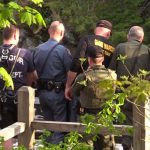 05/26/19 –  Bangor Police, Maine Game Wardens and DEEMI Search & Rescue are looking for John Nadeau who fell into the Kenduskeag Stream about 5:30pm Sunday evening. FOXbangor article and video – HERE– and WABI TV5 article and video –HERE–. and this article by the Bangor Daily News –HERE–   UPDATE – 05/27/19 The Maine Warden Dive Team recovered the body of John Nadeau around 08:30 this morning. 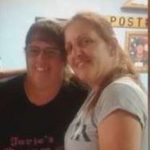 04/29/19 –  Millinocket Police are looking for 41 year old Aprylle Tapley-Pepper and 44 year old Tammy Michaud who left Highlands Tavern Sunday afternoon. They told two friend they were headed on a “rip ride” which means they were headed north out of MIllinocket on the Golden Road. They are driving in a gray KIA Sportage vehicle. DEEMI is preparing to fly this area. If you have any information on their whereabouts, please call Millincolket Police at 207-723-9731. Foxbangor article –HERE-.  UPDATE – 04/30/19 The women have been found safe. 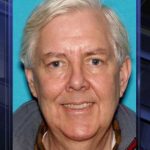 The Bangor Police Department is asking for help from the public in finding George Heald, a missing person since around 09:30 Friday morning of 04/12/19, when he walked away from his group home on Broadway in Bangor. Heald is 5’10” and weighs about 185 pounds, has grey hair and blue eyes. He was last seen wearing a gray sweatshirt, a ball cap and khaki pants. DEEMI staged their Scout Team. Click -here- for a BDN article. UPDATE – 04/13/19  Mr Heald was found on board a bus in Augusta. 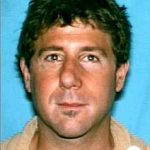 Authorities are searching for a 45-year-old man missing since April 8, 2019 in Acadia National Park. Adam “AJ” Emmett is 5-feet-6 inches tall and 145 pounds. He was last seen early Monday morning near Schooner Head Overlook in Acadia National Park. On Thursday, the Maine Warden Service used tracking dogs in their search for the missing man. DEEMI had imaging aircraft resources staged. Click -here- for a Q106.5 article. UPDATE – 04/11/19  Mr Emmett was found deceased near the area he was last seen. 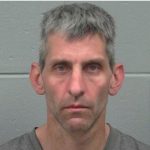 04/11/19     We will continue our search for 47-year oldThomas ‘Tommy’ Lynch, Jr. who was reported missing on September 8, 2018. Mr. Lynch was last seen in the Bangor WalMart and Kobe’s area . A recent Bangor Daily News article is found  -here-. Also, see Bangor PD’s info on lostnmissing.org webpage – here-     WABI TV ran a couple of articles and a video -here- and -here-.   Foxbangor and Q106.5 each posted a short story found -here- and -here-, respectively.  UPDATE – 04/28/19  Mr Lynch’s body was located behind Wal*Mart.  Thank you all DEEMI searchers who helped search. 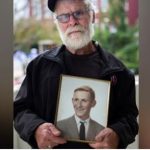 03/15/19     We will be continuing our search this spring for pilot Lewis “Billy” Hogan, Jr. We’re inspired by his brother Jerome’s commitment and dedication to find his brother and Billy’s downed aircraft. Jerome’s statement “I am not going to give up until we find him or I am in the ground” helps motivate us. See 03/07/19 article -here- 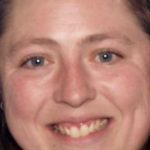 Maine State Police have been looking for 37 year old Jessica Grindle of Blue Hill since July 23 when she was reported missing from her home.   BDN article  Thankyou DEEMI volunteers for searching. UPDATE – 11/07/18  A deer hunter found human remains that authorities have identified as Ms Grindle  BDN article)

DEEMI search aircraft and ground search teams were in the Auburn area almost daily during a three-week period looking for 5-year old Valerio McFarland, who along with his 9-year old brother, fell into the Androscoggin River on April 24, 2018 and were swept away.  UPDATE –Valerio’s body was discovered by a search kayaker 5-miles downstream on May 14. Here are just a few early articles from the Sun Journal -here- and  -here- and a couple from the Bangor Daily News  -here- and -here-.

DEEMI SAR searched the Kenduskeag River downtown and near the confluence of the Penobscot River in Bangor, Maine, Friday afternoon, March 2, 2018, looking for 22yo Peter Manuel who was seen entering the Kenduskeag about 01:00 am this morning. UPDATE – 05-23-18, The body of Mr. Manuel surfaced by the docks at Tthe Seadog restaurant in Bangor. The 114-day search was the longest mission ever undertaken by DEEMI. The next longest was 86-days. Read a BDN article about the finding -here-. 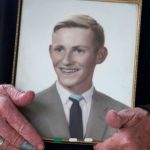 Ground search teams and UAV are back at Waldo Mountain in Frankfort today, 03/05/18, continuing our long search for the downed Citabria plane missing since May 2, 1972 and piloted by Lewis “Billy” Hogan Jr, after receiving new information from another witness. Here’s a BDN article from 03/13/16.  UAV teams continue to fly and image the rugged Mt Waldo terrain on an as available basis. UPDATE 10/15/15 – we have expanded our searching to nearby Mosquito Mountain and an unnamed hill to the southeast based on recent information.  Related articles published by local media can be read or seen by clicking these links – TheCounty, WABI, FoxBangor, BDN article, BDN article   BDN article 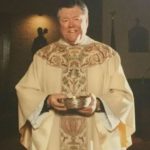 DEEMI was contacted by the family of Rev Clement Thibodeau after being reported missing on July 15, 2017.  Throughout the summer,  DEEMI and the Maine Game Wardens searched the area around Pistol Lakes region and Lee, Maine after analyses of his cell phone pings directed teams to that location. We conducted multiple searches by car, 4WD, and drone. Update – Mr Thibodeau’s vehicle and subsequently his body was found Oct 3 by a logger preparing for a woods operation. -article-

On December 2, 2016, Paul Francis III, aka ‘Junebug’, disappeared after his shift as a cook at a local pub and reported missing on December 4. Mr. Francis’ family asked DEEMI Search & Rescue for their help in locating their missing family member. Based on available data from local and state sources, DEEMI conducted a number of searches focused mostly along the Kenduskeag Stream and the Penobscot River. Other search areas included University Forest, Orono and a wooded area near the Old Town municipal airport. UPDATE – On January 25, 2017, a male body found in the Penobscot River downstream in Bucksport, was confirmed to be that of Junebug. 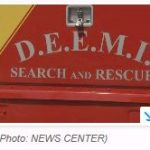 08/04/15  –  DEEMI has joined in the search for the two missing teenage boys in Florida the search after the Coast Guard began to pull back its resources. People reached out to our organization on social media asking for their help in finding 14 year olds Austin Stephanos and Perry Cohen, who went missing off the coast of Florida almost two weeks ago. A BDN article – HERE-  The boy’s boat was found weeks later but no sign of the teens.  UPDATE – 04-23-16, Their boat was discovered off Bermuda. An iPhone was recovered and the family is seeking help from Apple.

— other searches for more MISSING ME, NH, VT PEOPLE here —